Best quality HD American Music Awards live performance of Diana Ross classic hits medley. AMAs 2017 "I'm Coming Out," "Take Me Higher" (1:19) "Ease On Down The Road" (2:26) "Best Years Of My Life" (3:30) and "Ain't No Mountain High Enough" (5:56) were live at Microsoft Theater, Los Angeles, CA on November 19, 2017. High definition AMA video content performance is courtesy of Dick Clark Productions, Inc.
Watch Cal Vid Playlist of Diana Ross performing solo and Supremes hits live in concert at the Hollywood Bowl, Los Angeles, CA on July 15, 2016. nosel.info/longPLWptyRPuZHuF9gtU_exFYQ4xKxC5sUhYh.html Diana Ross & The Supremes were the most commercially successful female group of the '60s.
At the 61st Grammy Awards on February 10, 2019, Diana Ross gave an uplifting celebration of her work as well as her upcoming 75th birthday. The star, and longtime Grammys favorite, was introduced by her grandson, who captivated the crowd with a touch of humor and genuine admiration for this grandmother. After her family-friendly introduction, Diana Ross took the stage wearing a flowing bright red chiffon. She told the audience Sunday night that "when I was a little girl, I felt the joy of singing. It made me happy, it made my parents happy, and it led to this day."
She sang "The Best Years of My Life" followed by "Reach Out And Touch (Somebody's Hand)" and strode out into an audience at the Staples Center in Los Angeles that included her fellow Motown star Smokey Robinson and Motown founder Berry Gordy. In what was perhaps one of the most inspirational and jovial performances of the night, Ross celebrated music and urged the crowd to hold their arms up in the air to help shift around the energy in the room for her.
Diana Ross has been nominated for 12 Grammys, but has never won except for a lifetime achievement award in 2012. Ross turns 75 on March 26, 2019. Source: Fox News 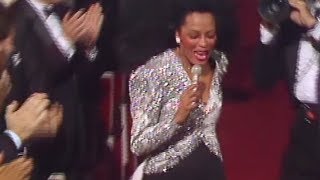 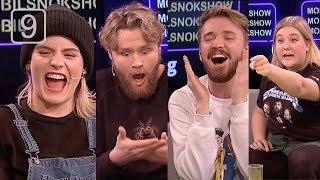 The Coronavirus Explained & What You Should Do

David Foster: Hit Man Returns "This Will Be" (Natalie Cole)

Whitney Houston - I Will Always Love You LIVE 1999 Best Quality

How To Tell If We're Beating COVID-19