Start the Morphy Saga here nosel.info/video/video/p41hmIalZoZ4qq8.html
This is the story of the birth of modern chess - when the possibilities of chess as an art, a science and a sport all converged.
The point of convergence was a young boy from Louisiana named Paul Morphy. At a time when America was seen as a backwoods nation with little cultural history and even less intellectual impetus, at a time when chess was considered the exclusive property of a few European countries, at a time when the game was played successfully by a handful of men wizened by years, Paul Morphy, in the brief span of 19 months and with seemingly little effort, defeated conclusively every player he met.
While today few non chess players even know his name, he was one of the most famous celebrities of his time and within the hallowed halls of the chess playing community he is considered by some as the greatest chess player of all time.
But this diminutive, unassuming boy rose to fame almost out of nowhere and once he secured his place in history, he retired back into that hazy unknown, shunning the public eye, never again to play serious chess. Not only was he one of great practitioners of the game, but also one of it's greatest enigmas. He's been given the sobriquet, The Pride and Sorrow of Chess.
Source: www.edochess.ca/batgirl/index.html
Follow me on Instagram for extra content agadmator
James Thompson vs Paul Morphy
1st American Chess Congress (1857), New York, NY USA, rd 1, Oct-06
Italian Game: Giuoco Pianissimo. Italian Four Knights Variation (C50)
1. e4 e5 2. Nf3 Nc6 3. Bc4 Bc5 4. d3 Nf6 5. Nc3 h6 6. Ne2 d6 7. c3 O-O 8. h3 Kh8 9. Ng3 Nh7 10. Qc2 f5 11. ef5 d5 12. Bb3 e4 13. de4 de4 14. Ng1 Ne5 15. Be3 Nd3 16. Ke2 Be3 17. fe3 Qh4 18. Ne4 Qe4 19. Qd3 Qg2 20. Kd1 Bf5 21. Qe2 Qh1
The first American Chess Congress (1) was held in New York City from October 6th to November 10th, 1857. Daniel Willard Fiske and Thomas Frere were the organizers, and the tournament was designed with similarities to the London (1851) format, with the provision that draws did not count and had to be replayed. The first prize was $300. The 16 best American masters were invited to participate in the event, including Paul Morphy and Louis Paulsen. Morphy dominated the event, sweeping each of his opponents until Paulsen in the final. Dropping one game in the final match, Morphy finished the tournament with an astounding 14 wins, 3 draws, and 1 loss.
Not one to accept money for chess, Morphy turned down the cash prize in exchange for a silver tray, pitcher, and four goblets in its place. His victory cemented him as one of the best players in the world (if not the best), and prompted his tour across the Atlantic where he faced the best Europe had to offer in a series of matches, winning each and every one of them. Not long after his return to America, Morphy would retire from chess.
Materials used in research:
Paul Morphy: Pride and Sorrow of Chess by David Lawson
The Genious Of Paul Morphy by Chris Ward
Check out agadmator's merch here teespring.com/stores/agadmators-swag-store
teespring.com/design-with-a-story-tm
Mailbox where you can send stuff:
Antonio Radić
AGADMATOR d.o.o.
Franje Tuđmana 12
Croatia
48260 Križevci
p.s. this is not my home address :)
Contact me: agadmatormanga@gmail.com or agadmator@gmail.com
Download agadmator chess clock for iOS here apps.apple.com/us/app/agadmator-chess-clock/id1474461379?ls=1&fbclid=IwAR2lhuxf60tpbW1vcvfXgdFzmShi6fHcrKxFF_NAhu9wLQwpJrAFbMWRYjk
Download agadmator chess clock for Android here play.google.com/store/Qapps/details?id=com.agadmator.chessclock&fbclid=IwAR3b_sRch6nsuW59-bWoirVDMMJ8V5jexZdUB0bsxQrc0Q8imvkBtqkHUXQ&rdid=com.agadmator.chessclock
Video created by OBS
----------------------------------------------------------------------------------------------------------------------------------------
If you realllly enjoy my content, you're welcome to support me and my channel with a small donation via PayPal.
Link to PayPal donation www.paypal.me/agadmator
Check out some of the books I enjoy www.amazon.com/ideas/amzn1.account.AFWWCIBWCL5PGEPL73FDWK632F7Q/2QAGBMLVXE7MG
Check out ALL my videos here nosel.info/video/video/yJCbmmi-gph43Z4.html
Facebook: agadmatoryoutube
Twitter: agadmator
Instagram: agadmator
Lichess: lichess.org/@/agadmator
Chess.com: agadmator
League of Legends: agadmator (EUNE, my friend is using my EUWE account for a couple of years now)
Blizzard: agadmator #2992
Join our Discord Server here discord.gg/bY6BbRP
p.s. if you work in Twitter or Instagram, help me get Verified :)
#MorphySaga 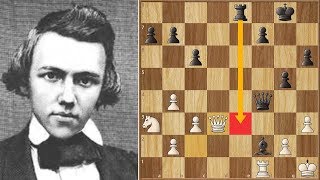 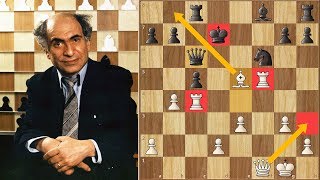 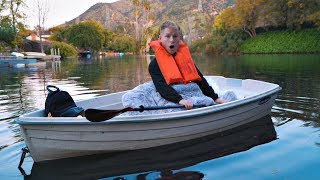 Surviving 24 Hours on a LAKE!

The Greatest Move in Chess History - Or So They Say

Anything You Can Fit In The Circle I’ll Pay For